How to Build Muscle on Keto

The striking feature of the Ketogenic diet is the minimal use of carbohydrates to fuel the body. So all body energy requirement should be driven by the protein and fat content in the food. The simple reason to take to a Keto diet is to build lean muscle in the body. The complete absence of carbohydrates is supposed to hasten the removal of excess body fat and to leave the person lean built. Quite contrary to the popular concept that a balanced diet that has a fair mixture of fats, carbohydrates and protein aids to the better build up of the body, the Keto diet aims at creating a power diet that completely cuts out on the carbs.

Can You Gain Muscle on Keto

When it comes to building muscle mass, the diet is just half the effort involved. The other is the kind of workouts being done as is the rest between the exercises. It is during the rest periods that the body recuperates after the heavy workouts and is essential to a fast-paced development too. Insufficient rest periods could cause exhaustion as well as burn out in the sports person.

A factor worth emphasizing is that different people respond to exercise in different ways.

Thus, if something works for an individual, it should not be taken that it would work in every situation. It is often a balanced approach to the diet as well as the amount of strain that is put on the body that finds the best of results being delivered.

Five Training Principles of Muscle Building When on Ketogenic Diet

Simple common sense would imply that it is best to concentrate on what provides results in 80% per cent of the cases than to go in pursuit of the effort which could make just a 2% result. It is when peak performances and builds are achieved that efforts are taken to bring in the high levels of perfection which have the most possibilities to take the sportsperson till the very final stages. Listed out are the five most fundamental constituents of muscle building when on Keto Diet. They are useful in creating the 80% results and consistently too and should not be ignored for this very factor.

Spending long periods of time in the gym is no guarantee that it is bound to yield the best results. The catchword is the intensity of the workouts. This would mean pumping weights which are at the topmost capabilities of the person. When trying to build muscle, it is essential to load the plates sufficiently high to be able to perform no more than ten repetitions in the lower body and eight in the upper body. It is never that the same efforts can produce the same set of results in every individual and so comparisons should be made between the progress attained by individuals after keeping this point in mind.

The typical thinking is that what is eaten constitutes half the growth achieved by muscle groups during a workout. This, in essence, brings to focus the crucial role of the individual’s diet in building muscle size.

Equally important is to have sufficient elements in the food that would aid the formation of muscle tissue and in the repair of the muscle groups. A high protein diet would no doubt contribute handsomely to the growth of muscle mass in people. The need to fortify the diet with vitamins and minerals is essential to helping the body to recover and respond to the workouts.

The traditional view that the diet of a bodybuilder must be balanced out with the right amounts of carbohydrates, fats, and proteins has been challenged with the Ketogenic diet. What the Keto diet seeks to do is to keep the carbs out of the food altogether. Thus the energy has to be provided by the remaining constituents of the diet which is primarily the proteins.

3. Hitting Upon the Right Calorie Intake

No matter the kind of diet principles being followed by a sports person, it is essential to feed the body enough calories to keep it working. If the energy requirements are not met by the intake of the food, it would then follow that muscles would be wasted and the size of the muscle groups shrink. In essence, it is the case of the body feeding on itself.

When using a Keto diet that principally avoids the use of carbohydrates, it is important to keep the diet heavy enough to take care of the deficiency in the calorie-rich carbohydrates. In effect, this could mean a more substantial meal at most times comparatively.

For the men folks who do have enough of the growth hormone, the testosterone in them, there does not be a particular focus to have extra amounts of the growth enzyme. But some dietary components are known to increase the secretion of the testosterone which in turn would mean a faster set of results and a much bigger muscle group for the same effort being put in.

The intake of the essential fatty acids does boost the production of the testosterone. Moreover, with men, a much higher exercise rate does on its own get to raise the hormonal levels too. In some of the very extreme instances, it might be necessary to stimulate the growth of the muscle by administering doses of the testosterone. But these are some occasional instances and never a rule as such.

The single most abundant constituent of the human body is but water. Loss of water if not compensated for leads to dehydration and fatigue. For those doing very strenuous exercises to build muscle, the loss of water from the body during the workouts must be compensated. Most gyms are well equipped in this matter, and it must be put to good use as well.

In the Ketogenic diet that has removed the carbohydrates to the best extent, there is going to be an increased state of dehydration in the body. This state has to be compensated well to bring in the necessary balance to the person’s body. Moreover, when the proteins and fats are broken down to fuel the body, there are some by-products formed which needs to be flushed out of the system. A well-hydrated body is capable of this function which is why taking in sufficient amounts of water in the diet is essential.

How to Use the Ketosis to The Best Extent

Burning fat: Since with the Keto diet, the carbohydrate intake is kept to the bare minimum, there is the first tendency for the body to burn the fats deposits to fuel the body functions. This is the first result for the successful Ketogenic diet. Even after a fortnight of workouts, the body does not show signs of loss in fats; then the diet has to be re-examined for its suitability in the situation.

Training: Most people that use a Keto diet would often note the need to have a different set of approaches to the workouts. The standard issue is that it is better to use just 3-4 repetitions and to have more sets with a right amount of rests between each of the sets. This is such an intense approach that the seasoned sportsperson would only use it in short burst with rest and recuperation after every such period.

Rest and Sleep: Although people do understand that rest and sleep are necessary while performing heavy workouts, the direct relation is seldom established easily. But it takes some time into the exercises to realise the value of a good night’s sleep. Some people recover faster than others and thus the rest times of different individuals must not be compared critically.

Water: The use of water must be encouraged while in strenuous workouts, but it gains particular significance with the Ketogenic diet. The water sort of flushes away the buildup of toxins from the body which ensures a faster build-up of muscle mass. There are many water substitutes which promise to bring value to the user. They should be used only after the proper consultation with a dietary expert or a trained coach.

Should Everyone Use the Ketogenic Diet?

Exercise and how individuals respond to the training is very subjective. As for the combination of the Keto diet and strenuous workouts, it should be done only after getting to understand the nature of the changes being planned out with the feature. Results must be put in the right perspective to achieve the optimum set of results.

The single point is that each individual is unique and thus generalised conclusions must be made after taking due consideration to this aspect of people. It is common practice to compare the weights being handled in each routine with fellow gym mates, and this should be seen in the comparative context and no more. 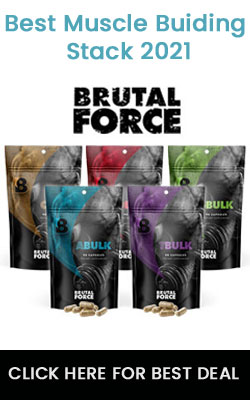 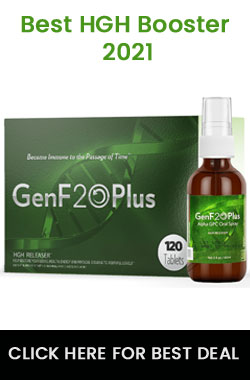